The Anzac who went underwater

The ANZAC who went underwater 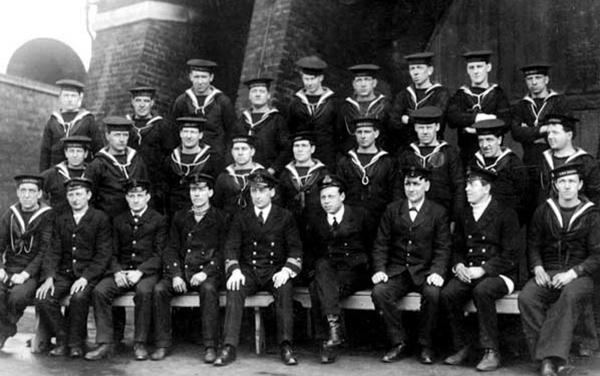 The crew of the AE2 at Gosport, with Harry Kinder extreme right in the front row. Photo: AE2 Foundation

Dorrigo farmer Harry Kinder was an Anzac who went underwater.

Like the AE1, the sub was sunk during WWI, but unlike AEI, AE2’s Middle Eastern resting place in the Sea of Marmara has been found and mapped and its crew survived.

The third in a family of four children, he joined the Navy at the age of 17 and was selected for submarine service four years later.

Finding crews for the new HMAS AE1 and AE2 submarines in 1913 proved a challenge for the Royal Australian Navy (RAN).

Because no Australian serving members of the RAN had submarine experience, the Navy advertised for submariners in Great Britain as well as Australia. Only 14 of the 37 crew of the AE2 were Australian-born.

In his diary Harry Kinder recorded some of the colour of the submarine training he received at Portsmouth in England:
‘Candidates had to be physically pretty good and detailed family health histories were extracted from everyone.

‘A six-month trial period was then required before anyone was considered capable of taking a place on a submarine.

‘The slightest mistake on the part of one crew member could mean the loss of many lives and the boat.

‘Submariners were issued with unusual clothing because of the extreme cold. There were extra thick woollen underclothes and thick stockings which came up to the thigh and had very big feet, so they could be doubled back to keep the feet warm. ‘This outfit was finished by a pair of leather sea boots a couple of sizes too big, which gave you the chance to kick them off if you should fall overboard.

‘I was pleased at having volunteered because of the extra allowances as danger money, or blood money as it is commonly called. Accidents were frequent as (the submarines) were practically still in the experimental stage and could not be relied on. ‘One was nearly as much in danger in peacetime as in wartime.’
Kinder enjoyed the kudos of being a submariner. An artistic man, he used the long hours during the journey back to Australia to complete amazing pieces of exquisitely worked fine embroidery, including tablecloths, which his family still treasure.

Although the two British-built subs built in Vickers yard at Barrow were fitted with the new German-invented diesel oil engines and set a record for steaming under their own power during the trip, they were towed ‘a great part of the way’ on the 12,000 miles journey from Portsmouth to Sydney’s Garden Island dockyard and took almost three months to make the trip, from February 28, 1914 to May 24. 1914.

HMAS AE2 , the ‘silent ANZAC’, was the first submarine to penetrate the Dardanelles Strait in 1915, arriving on the same morning ANZAC soldiers landed at Gallipoli.
After it was sunk in combat, many of its crew, including Petty Officer Harry Kinder, spent time in Turkish prisoner of war camps.
Kinder was never able to speak or write about his terrible experiences as a prisoner of war and his diary stops abruptly after he wrote of the AE2’s passage through the Narrows of the Dardanelles in April 2915.

‘In terror I counted 18 sets of scraping, menacing mine cables as I crouched in the darkness of the submarine…’ he wrote.
But he did not lack courage. As the submarine was sinking, the actually returned to the vessel to retrieve important ship’s papers for Captain Stoker and for this he was mentioned in despatches on January 11, 1919.

He was so ill on his release at the end of the war that he was the only AE2 submariner sent directly back to Australia. Still suffering from his experiences, he left the RAN voluntarily at the end of his service period in 1919.

Although he never spoke of his years as a prisoner of war, he marched every year on Anzac Day, often accompanied by his little fox terrier.
Kinder settled with his wife and family in the Dorrigo area, and later in Casino.
He was first a farmer and later a telegraph linesman.

In old age he became increasingly eccentric and went off to live in a tent by himself on a beach near Evans Head, where he entertained the locals by producing large beach sand drawings and sculptures.

Share this article:
Looking for a specific store? Search our directory here.